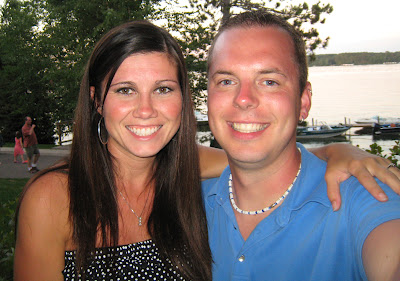 My wife (at the time fiancee), surprised me with a romantic getaway to Cragun’s. She had planned out fishing, spa treatment, dinners, and fun in the sun. We had such an amazing time fishing that I forgot about sunscreen. I ended up getting extremely sunburned and was unable to partake in any part of the massage or spa. I felt very bad and vowed to surprise her with a weekend, where I would make it all about her, and not about me and my sunburn — ha ha.
JASON – WEST FARGO, ND
……………………………………………………………………………………
3. Storytelling Around The Campfire
Memories are what families are made of. The photos tell the story of friendships, adventures shared, dinners together, the biggest (or smallest) fish that was the talk of the cabin, and the campfires on the beach and taking turns telling a scary story. When it was Bobby’s turn to tell a story (age 5) he got mixed up and told this scary story that incorporated all these characters from fairy tales like the Ginger Bread Man, Little Red Ridding Hood, The Three Little Pigs, Billy Goats Gruff and after every sentence he said: “And then he turned into a chicken.” It was hilarious. We still talk about it!
LINDY – MINNETONKA, MN
……………………………………………………………………………………
4. Hole-in-one Albatross
I just got back last night from a guy’s golf weekend at Cragun’s. We played 18 on Friday, 36 on Saturday, and then another 18 on Sunday. I was starting to get pretty tired on Sunday and was starting to regret playing….until the 16th hole on Bobby’s Legacy Course. Hole-in-one albatross!!! Lets just say the guys I was playing with were pretty jealous. First hole-in-one I ever hit, and more than likely given my skill level, the last. Everyone hits some great golf shots, but this one I will never forget. Can’t wait until next year’s trip!
SCOTT – MAPLE GROVE, MN
……………………………………………………………………………………
CAST YOUR VOTE FOR YOUR FAVORITE MEMORY!