FootGolf Is Fun For All Ages 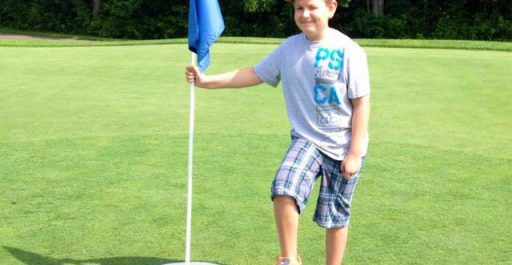 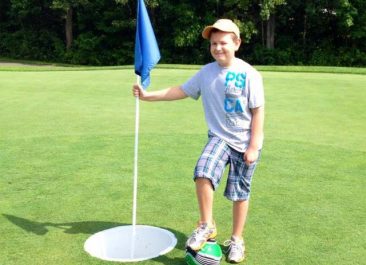 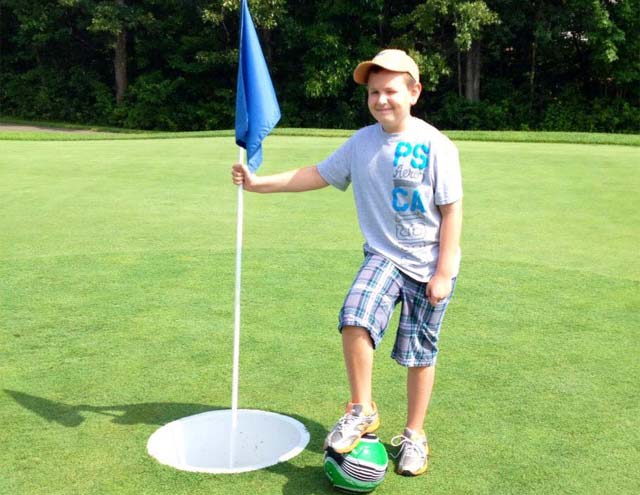 FootGolf – The best game ever invented. FootGolf is a new and unconventional game that combines the elements of soccer and golf on a modified course, and is growing in popularity across the country. Cragun’s Legacy Courses added FootGolf to its Par 3 Course in 2014 to capitalize on this new phenomenon. Eric Peterson, General Manager of Cragun’s Legacy Courses, said “I’m excited about the potential to bring people to our course who are soccer crazy and to give them the opportunity to go to the golf course, experience some things at our courses and I think a percentage of those people might say, “I think I’d like to try and play golf.” Keep in mind that all Cragun’s guests receive their first round of golf OR FootGolf FREE on Cragun’s Legacy Par 3 Course.

FootGolf is a precision sport combining soccer and golf where players kick a football (soccer ball) into a 22 inch cup in as few shots as possible. At Cragun’s Legacy Courses FootGolf is played on the Par 3 Course and can be played while golf is being played as it follows the same course layout. The Par 3 Course is reversible so there are two great FootGolf courses and the courses are alternated each day. FootGolf is fun for the whole family as it is a great game for all ages. It follows the same rules as traditional golf but is a game anyone can play.