The History of Cragun’s Resort: The War Years | Part 4 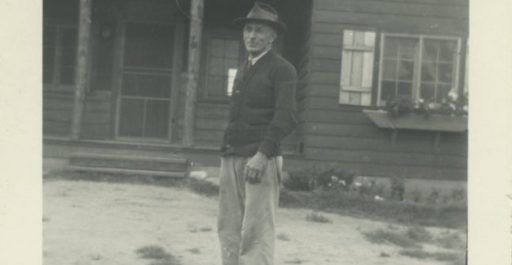 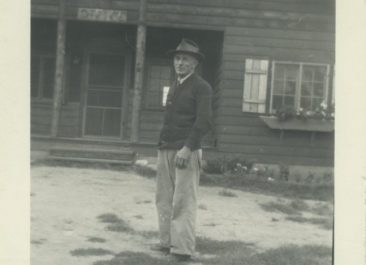 75 Years of Minnesota Memories: The War Years at Cragun’s Resort 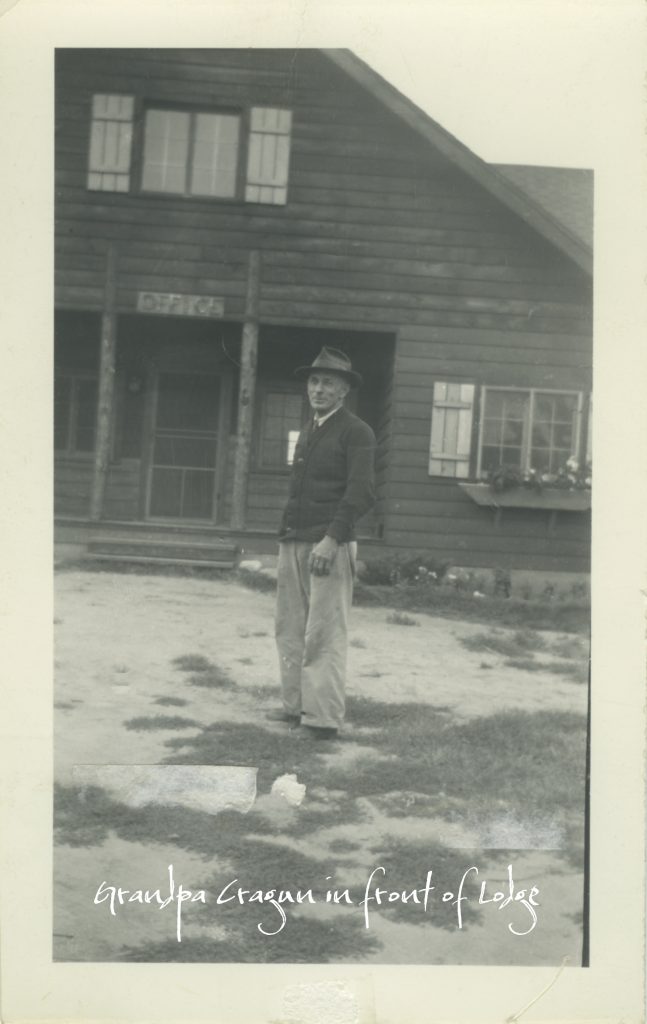 Cragun’s is fortunate in that Merrill Cragun, Sr. recorded some of the early history of resorting in the Pine Beach Area of Brainerd, MN for his son Merrill, Jr. (Dutch). This is the fourth article in the History of Cragun’s Resort series and details the operation of the resort during the war years.

The War years were not happy years for any family. Some worries replaced others. Now that we thought we had the finances under control, there was gas and tire rationing, food rationing, etc. As for our family, the draft was our main concern. Dad, Mother and Louise (Merrill Sr.’s wife) were in charge of the resort. I was a “weekend warrior”. I would take Dad and Mother up to Gull Lake in early spring and Louise, Dutch and Pat (Dutch’s sister) as soon as school was out in June. On Labor Day we would close operations and I would load the family, plus my Mother, plus the dog and surrounded by all the curtains to be washed and stored for the following year into the car for the trip home. Dad would remain to drain the plumbing and lock up things for winter. We can still recall the fall departures. Sentimental Dad would stand in the driveway, waving and crying, and we were waving and crying too. (Ed. Note. Grandpa was a dear man).

I received a notice from the Draft Board and was classified 1-A because of my young age. I was able to get a deferment until the winter of 1944-45 when I was reclassified to 1-A-1 and advised that I had better plan on being ready to join in a few months.

Just a few short days after Pearl Harbor, our country was at war with Japan, Germany and Italy and rumors spread of sighting Japanese submarines off the west coast. Production of new cars were stopped and new car sales were stopped (2500 motor vehicles in the Twin Cities were “frozen” and 400 car salesmen were out of work.) The rationing followed shortly thereafter.

Victor Johnson, Director of the State Tourism Bureau, in a news release dated January 8, 1942, called on Minnesota’s 2,500 resort owners to make a concerted drive for vacationers. He stated that “vacations were important to the moral and physical fitness of all Americans”.

The fall of Burma, Singapore and Java, the Philippines and Corregidor led to tire rationing and shortly thereafter gas rationing and a nationwide speed limit of 35 miles per hour. Patriotic citizens were asked to donate all extra tires and mountains of tires soon accumulated on government property. No one could buy a new tire or a re-tread without a certificate from the ration board.

The War Production Board banned all manufacture of pinball, slot machines and juke boxes; the final thrust was a ban on all sales of bicycles to adults. It’s remarkable that many vacationers managed to save their gas coupons or take the bus or train to get to vacation areas and the resorts were still operating.

Soon we had sugar ration stamps and ration stamps for all processed foods and meat – even a bottle of catsup took stamps. Housekeeping Resorts, which had small grocery stores, had to collect stamps from their guests and turn them into a wholesaler to buy more supplies. Hotels with dining rooms, restaurants and American Plan resorts had to submit to their local ration board the estimated number of meals and business volume done in the month before Pearl Harbor (or the last full month of operation). On this basis, food coupons were issued to owner-operators.

During the summer, I would hop the Greyhound bus at 3:15 p.m. on Friday nights. I always bought a ticket for Nisswa because they loaded the bus first for points north of Brainerd. I would get off at Brainerd where Louise would pick me up. We all worked like the devil all weekend. Then Louise and Dad would drive me to Brainerd to catch the N.P. “milk train” which ran between International Falls and the Twin Cities. The train left Brainerd at 12:30 a.m. and arrived in Minneapolis about 8:00 a.m. in time for me to go to work.

As a result of the war effort, many resorts gradually gave up and closed for the “duration”. A few managed to stay in operation through the summer of 1942. In December, a group of about 30 resort operators met at the Ransford Hotel in Brainerd and formed the Minnesota Resort Association. Merrill Cragun, Sr. served on the original Board of Directors as the Secretary-Treasurer. The money raised with the first year membership dues was used to run a series of ads in the Twin City papers stating that “The Minnesota Resort Association is pleased to announce that the following of its members will be open for business this summer.” The forty members were listed geographically.

We’ll be posting several more articles about the History of Cragun’s Resort on this blog so be sure to subscribe and read about all the memories and fun that’s happened at Cragun’s over the last 75 years.