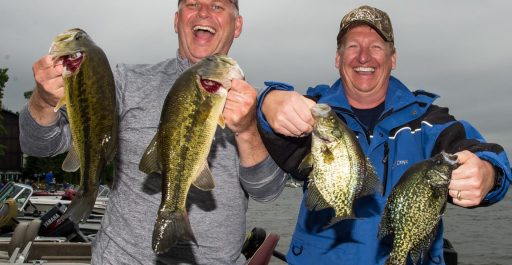 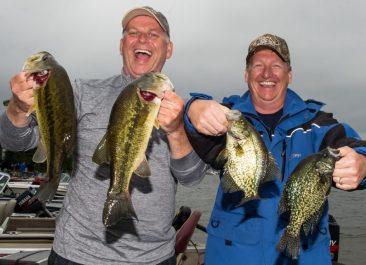 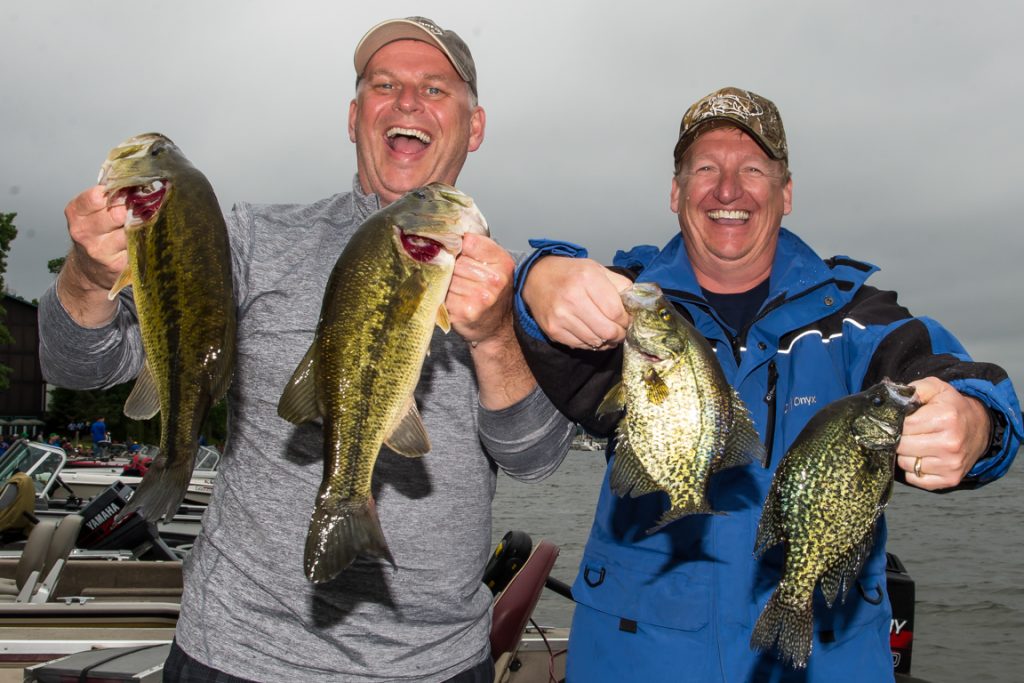 The teams raised a quarter million dollars to support MN Adult & Teen Challenge drug and rehabilitation programs statewide. The cumulative amount generated via this family-friendly tournament since 2009 is $1.3 million. Stu Nelson and Rich Brummer, Cloquet, set a stout record this year with the most ever raised by a team. They already have more than $92,000 on the books and more money coming in the pipeline.

The Lindner Media Bass Division was won by Nancy and Scott Bonnema, Zimmerman, with 11.68 pounds for their 3-bass limit. They also caught the largest bass, 5.43 pounds, and earned a special McDonalds’s trophy of a rod and reel used by Al Lindner during filming of a TV show.

The Navillus Land Company Walleye Division was a bit tougher, with only eight teams registering walleyes, and of those, only a couple limits (the MN Fishing Challenge limit is three walleyes). Taking honors and the first place trophy was the team of Sydni and Eric Raiber, Litchfield, with 8.51 pounds. The McDonald’s big walleye award, a rod and reel from Al Lindner’s boat, went to Brian Miller, Eden Prairie with a 4.88-pounder weighed in the Mixed Bag division.

The Sportech Mixed Bag Division consists of one pike, one walleye, one bass and one panfish. First place went to Adam Patrick, Mound, and a client at the Brainerd MN Adult & Teen Challenge program, Justin N. They weighed 11.81 pounds.

During the rules meeting Friday prior to the contest, Pete Hein from Flatline Outdoors in Princeton donated five Mathews Hype bows to five young anglers. Prizes including Canadian fishing trips and guided fishing trips, plus rods, reels, electronics, trolling motors, quality tackle and gear in the amount of $75,000 were awarded Friday and Saturday.

For more information, additional details and photos, go to mntc.org/events/fishingchallenge.